Watch on your mobile device >>

Noteworthy news: inventory drop over the past several years, sales on the rise and prices steadily trending upward.

Our 4-year average residential sold listings by month indicate the strongest period overall in the first quarter of 2012 with the number of sold properties in May of this year reaching a four-year high of 976. Though June slowed down a bit, it is expected with the warmer summer months.  Looking at the past 12 months, our strongest sales period has been from March through May this year, with sales figures in the 900s as compared to the 500s and low 600s as recent as through December 2011.

Prices have remained stable over the past four years, with a slow but steady incline. As of the end of June 2012, the average sold price for residential properties was $353,179 with June’s average sold price coming in at $362,855. Once again, mirroring the busiest time for real estate in the second quarter of 2012 there was a spike in monthly average sold price to $440,023 in May of 2012.

Total Sales Continue to Rise in the Naples Area

Known nationally for a tremendous number of distressed sales, Florida continues to recover from the aftermath of 2007’s housing market crash. Our current pending inventory is 2,056 – about half of these properties being short sales. At the present time, there are 5,077 available homes on the market, 313 of which are short sales and 203 foreclosures – amounting to about 10% of inventory being distressed properties.

PENDING SALES
Looking at the 2nd quarter of 2012 compared to the same time the previous year, we are reporting an even average in terms of percent change overall for all price ranges. However, there was a significant increase of 9% in the $300k-$500k price range. The most significant change was reported in Naples Beach with a 6% increase in pending sales in the 2nd quarter this year versus last year.

CLOSED SALES
We are reporting a 4% increase in sales this year versus in the second quarter of 2011, with the most change taking place in both the $500k-$1M and $1M-$2M price ranges respectively at a 16% increase in each bracket. Naples Beach reported the most increase in closed sales among all markets – with a 13% increase over last year at the same time.

MEDIAN CLOSED PRICE
With an average increase of 11% in the second quarter of 2012, median prices were most significantly changed in the $0-$300k and $2M+ price ranges with an increase of 7% and 5% respectively. An unprecedented change was reported in the Immokalee/Ave Maria market at a 190% higher median closed price. Also noteworthy is the North Naples area with a 10% rise in median closed price as compared to the same time last year.

INVENTORY
We saw a 12% decrease in inventory in the second quarter of 2012 versus the same time in the prior year. Last year there were 7,208 available properties on the market whereas this year as of the 2nd quarter the figure is 6,310. The two most significantly impacted areas in terms of lower inventory on hand are Naples Beach at 17% less inventory and North Naples at 15% fewer available homes. Both figures represent a dip in the number of homes on the market at the end of 2nd quarter 2012 versus 2011.

AVERAGE DAYS ON MARKET
With a 2% drop in the number of days a property remains on the market before sale, the number is stable. Our current DOM remains a relatively high 185 days as reported at the end of 2012’s second quarter. We are seeing a 20% lower DOM average in East Naples, indicating increased interest in the area.
~
For a detailed analysis of an area that you may be considering – or for any other of your real estate needs, we invite you to contact us today or take a look at the graphs below. 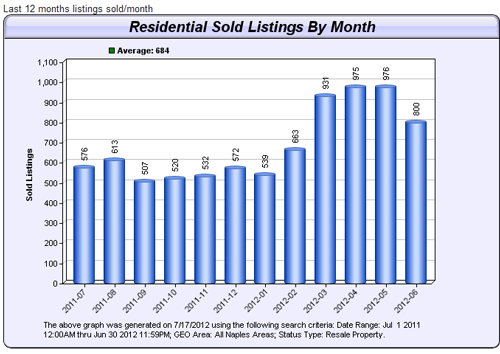 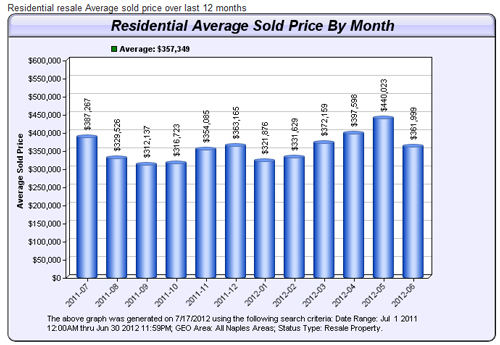 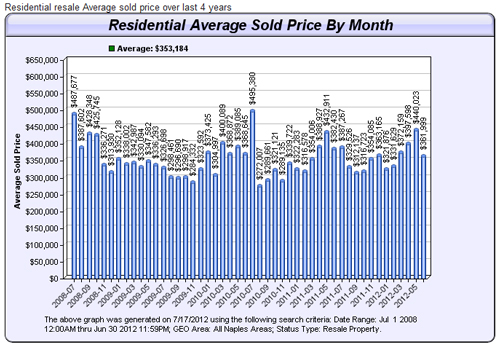 Home Inspector to the Rescue!

Today, the power of a positive mindset has continued to impact all corners of Yasmin’s life. She...